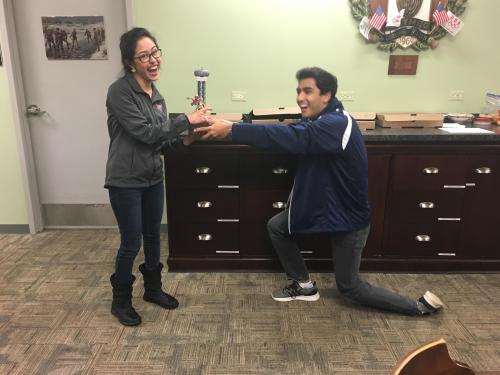 This Sunday Yale played MIT for the annual TIM and Dan Classic at Nutmeg Curling Club. This was the sixth time we played this friendly event and like every year MIT and Yale enjoyed their curling friendship by staying a few hours after the event, eating together, playing games and chatting. The new updated trophy was presented by President Greg Dellis to Skip Kika Arias of MIT who lead her team to victory. The Tim and Dan series is now tied 3 all.